A Very Big
Thank You!

Photography supplied courtesy of Anne Svensson Horsephotography.
All photos on this website are copyrighted material and all rights are reserved.

A energic and very funny gelding born 2013 is now for sale to a good home. Can lay down on command, smile and started spanish walk. Ground ridden and ready to be your next best friend. By the GREAT Multiple World Champion Tidal Wave Jack and half brother to What A Wave.

Anne Svensson has donated one of her aquarelle paintings to Musikhjalpen 2017 to help kids in need. No Kids Are For Sale. Bid on the painting at Tradera.

Half brother to Spooks Gotta Whiz, NRHA Triple Crown Winner and FEI World Champion Reining. This stylish stallion is a super athlectic and rideable stallion with Splash gene and looks to die for. Book your mare for 2018. Frozen Semen available! Wall-E's homepage

We have special knowledge in horse training, importing, breeding and showing horses.

The soul and body behind the horses at Svensson Ranch is Anne Svensson. Being involved with horses professionally since 1983 has made her very experienced in different horse breeds and sports. Now she has a mission to show the world we can train and show our horses even better with a horse that is with you more mentally and allowed to express itself. It is a difficult path since we are so used to do things traditionally and restrict the horse in what we do. At the ranch there is a variety of horses and breeds. We have several top quality stallions that serve quality mares. Svensson ranch is situated on grounds that has old viking graves, an church ruin from 1000 years ago. They have found a letter written by King Valdemar (was King 1250-1275) and it was said that Gustav Vasa (was King 1523-1560) owned the farm closest to the Arja church ruin, that is this farm. We can still see the stones from the old linear village on the way up to the ranch. There is an athmosphere of art and creativity at Svensson Ranch.

Training to inspire others to achive more. We are having plans on inspiration evenings in the near future and to spread the training we do here so you can follow the individuals at the ranch. Breeding: we stand Show Stop N Spook 2020 with frozen semen to quality AQHA & APHA mares. Great discounts for NRHA earners and proven producers. Visit Show Stop N Spooks homepage.

We can brand your tack with embroidery. Contact us with your requests. Speciality is horse blanket embroidery.

Annes paintings are often, but not always, with horses in some shape or form. Very personal paintings that are sold as originals. No reprints are made so if you buy one, you are going to own it exclusively! Visit the Anne Svensson art page here.

Some of our beautiful horses! 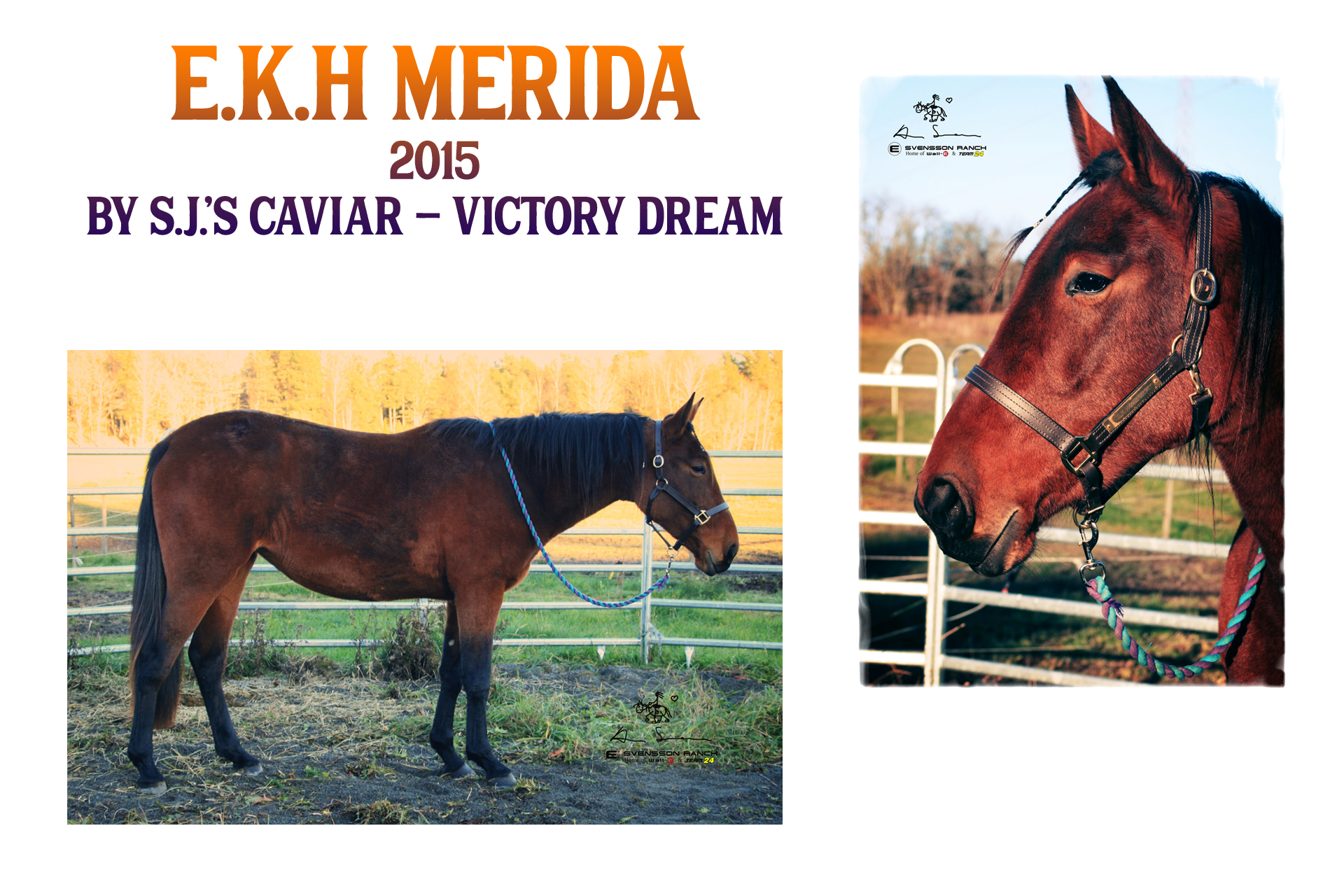 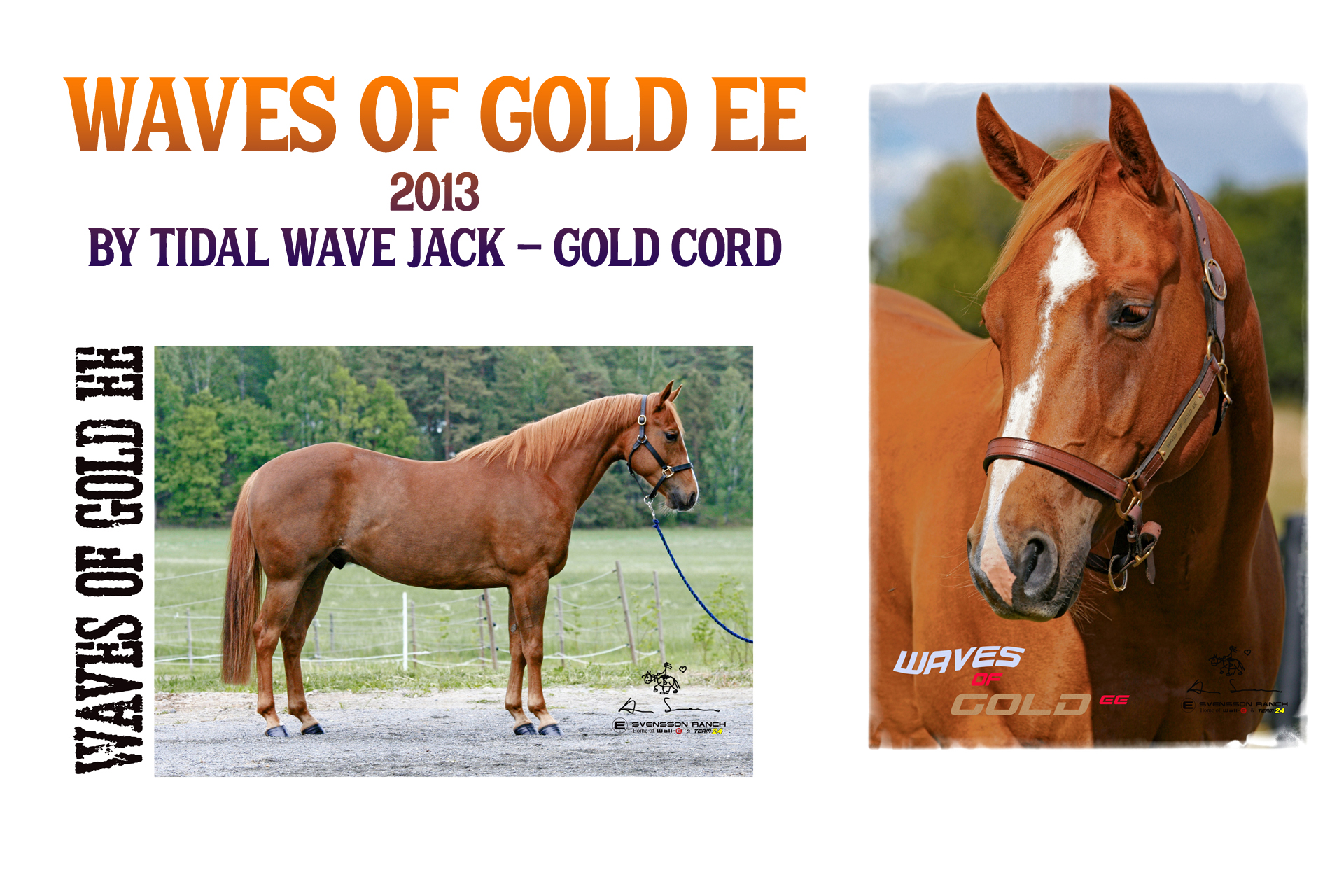 This gelding is super funny to train. He is very curious and loves new challanges. Knows how to smile, law down and start to Spanish walk. Burn-E, as we call him is 150 cm and has a fantastic sire in Tidal Wave Jack. If you look for a energic, good friend to have lots of fun with you can find it in Burn-E. Ground ridden, needs more schooling. For Sale! Half brother to What A Wave!.

Musikhjalpen is a Swedish week-long live radio and TV broadcast. The mission is to create awareness and raise money for a humanitarian cause. Since 2008, Swedish Public Radio and Public Television, together with help organisation Radiohjalpen, produce the week-long live broadcast, Musikhjalpen. Our goal is to raise awareness for a humanitarian catastrophe at the same time raising money for that cause. The broadcast is inspired by the Dutch benefit event, Serious Request. Musikhjalpen is held for one week in the middle of December. We broadcast around the clock for seven days. Each year, three famous personalities host the show and broadcast from a glass studio situated in a public space in a Swedish city. The hosts for this year have yet to be announced! The audience request songs, donating money to the cause while doing so. There are also a vast number of initiatives held around Sweden, each one with the mission to collect money for the cause. Musikhjalpen engages thousands upon thousands of people each year. Artists and celebrities visit the studio to perform music, as well as auction off various items. This years theme is "Childrens Are Not For Sale" Thank you for your support! Bid on our Painting for the cause here. Find more art by Anne at www.annesvensson.com. 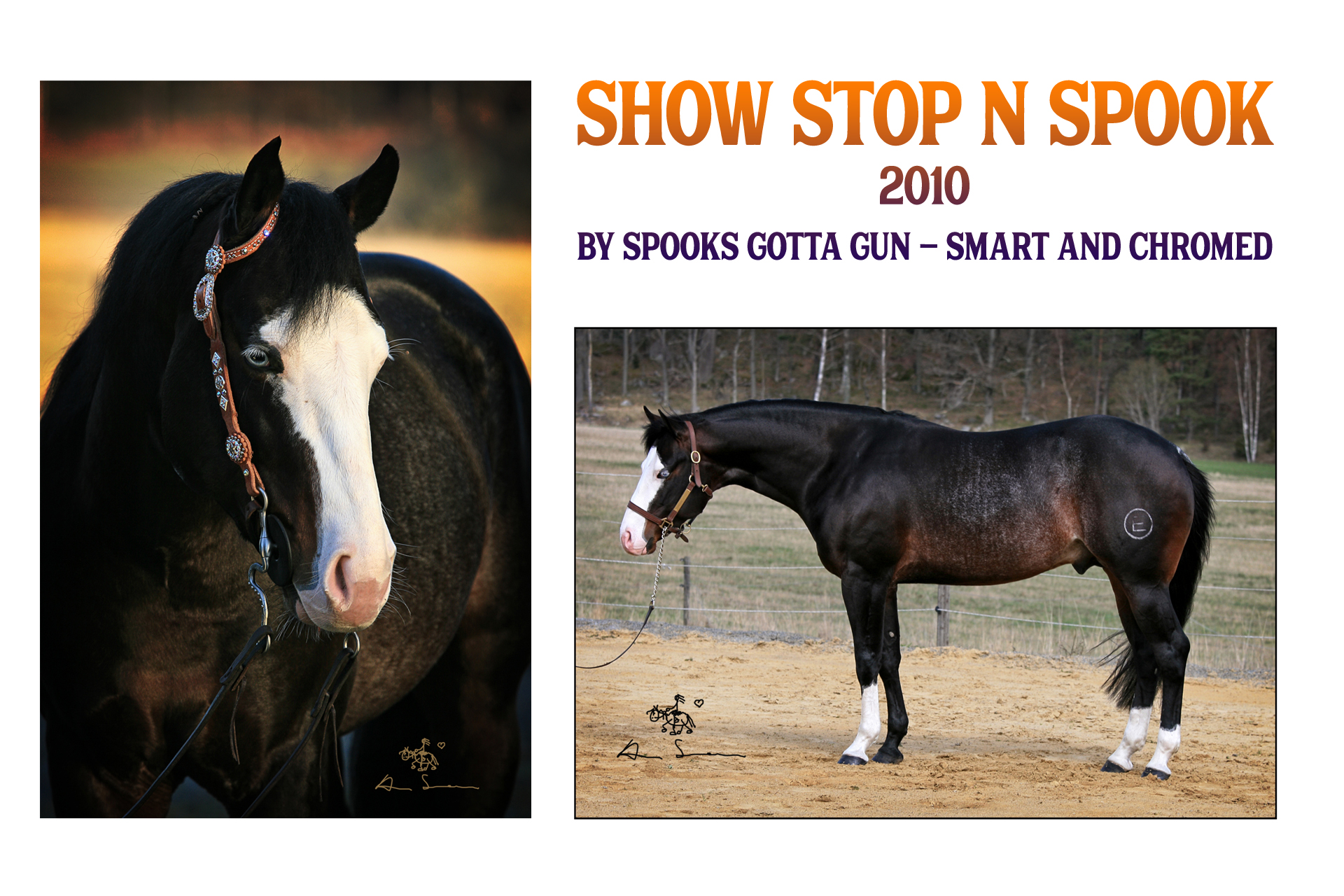 Our AQHA/APHA stallion Show Stop N Spook is available to book for a breeding 2018. Huge discounts for mares with NRHA earnings! Visit his webpage here, follow him on FB here.